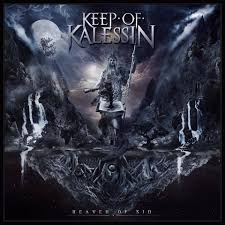 Violent Silence is a Swedish progressive rock band. One of the more distinguishing features of the band is the fact that they include two keyboardists in the line-up and no guitarist. According to the German progressive rock site www.babyblaue-seiten.de, Violent Silence “has managed to create its own sound world and manage to sound both modern and timeless.” The band’s uniqueness has further brought it several positive reviews by a number of music magazines across the world, such as Eclipsed, Prog-Résiste, and Sweden Rock Magazine. They have released three studio albums to date, Violent Silence in 2003, Kinetic in 2005 and A Broken Truce in 2013. In the summer of 2020 band leader Johan Hedman finally announced that the fourth album, named Twilight Furies, would be released in november 2020. See for more.