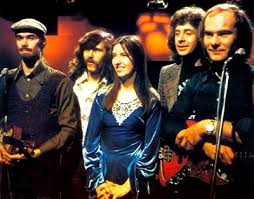 Steeleye Span are an English folk-rock band formed in 1969. Still active today, along with Fairport Convention, they are amongst the best known acts of the British folk revival, and were among the most commercially successful, thanks to their hit singles “Gaudete” and “All Around My Hat”. They had three Top 40 albums; they achieved a certified gold record with sales of “All Around My Hat”. Throughout their history, Steeleye Span have seen many personnel changes but has maintained a strong continuity of tradition.  See for more.

All Around My Hat

Bach to the homepage