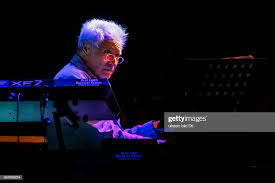 Robert David Grusin (born June 26, 1934) is an American composer, arranger, producer, and pianist. He has composed many scores for feature films and television, and has won numerous awards for his soundtrack and record work, including an Academy Award and ten Grammy Awards. He has had a prolific recording career as an artist, arranger, producer and executive producer. He is the co-founder of GRP Records. Born in Littleton, Colorado, he studied music at the University of Colorado at Boulder and was awarded his degree in 1956. See for more.

& Lee Ritenour – Get Up Stand Up