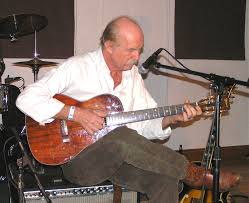 William Boazman, known as Sonny Black, is an acoustic guitarist based in the UK, who plays blues, rags and original compositions usually fingerstyle or slide. “Sonny Black” is a pseudonym adopted when he began the first Sonny Black’s Blues Band. He previously became well known as Bill Boazman on the folk club circuit and at college gigs during the 1970s as a singer, songwriter and acoustic guitarist. He has been credited with accompanying J. J. Cale, but this is a fallacy arising from a typographic error involving an American musician with a similar name, Bob Brozman. See for more.

Blues Walkin’ By My Side

Would I Be Right

If I Ever Get to Heaven