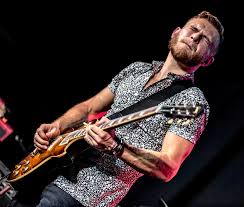 Ben is back in the UK! After some amazing festival appearances in the USA, Czech Republic and Switzerland the band are now back on home turf to play a few UK festivals and debut the new 6 piece line-up right here on British soil. This Sunday sees the band on the main stage at Cambridge Rock Festival at 1:30pm, and on the 17th August the big line-up will appear at Bentworth Blues Festival. In other news Ben is now confirmed to play Nispen Blues Festival in Holland on 14th September and the London Blues Festival at the Royal Albert Hall on 31st October (see gigs page for details). See for more.

i know i’m losing you – Live in Bluesmoose café