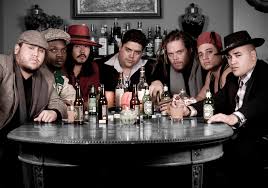 The Green is a reggae band formed in 2009 on Oahu, Hawaii. Their sound blends dub-heavy roots reggae, smooth lovers’ rock, contemporary pop and rock with indigenous Hawaiian musical/lyrical references. Their self-titled debut album The Green was released in February 2010. The album’s single “Love I” was the band’s breakthrough single on Hawaiian radio. The album set a Billboard Reggae Chart record  by remaining on the chart for 69 straight weeks. The album was named iTunes Best Reggae Album of 2010 and finished the year as the No. 9 album on the 2010 Billboard’s Year End Reggae Chart  alongside artists Rebelution, Matisyahu and Bob Marley. See for more.

She Was The Best

Striking up a Love