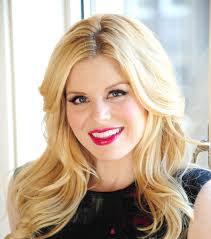 Megan Kathleen Hilty (born March 29, 1981) is an American musical theatre and television actress, and singer. She rose to prominence for her roles in several Broadway musicals including her performance as Glinda in Wicked, her portrayal of Doralee Rhodes in 9 to 5: The Musical as well as her Tony Award nominated performance in the 2016 Broadway revival of Noises Off. Her best known role was as Ivy Lynn on the musical-drama TV series Smash, on which she sang many original songs, including the Grammy Award-nominated “Let Me Be Your Star”. From 2013–2014, she appeared in the sitcom Sean Saves the World. See for more.

Dare You To Move