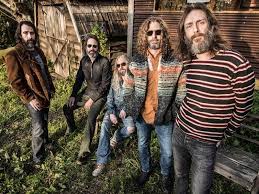 The Black Crowes were an American rock band formed in 1989. Their discography includes nine studio albums, four live albums and several charting singles. The band was signed to Def American Recordings in 1989 by producer George Drakoulias and released their debut album, Shake Your Money Maker, the following year. The follow-up, The Southern Harmony and Musical Companion, reached the top of the Billboard 200 in 1992. See for more.

Could I’ve Been So Blind

Can’t You Hear Me Knocking

Words You Throw Away

So Many Times – before the frost

Lucy In The Sky With Diamonds

The Night They Drove Old Dixie Down