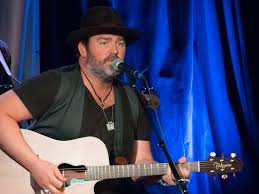 Lee Brice (born June 10, 1980) is an American country music singer signed to Curb Records. His highest-charting single is “A Woman Like You”, which reached No. 1 in April 2012. He also had Billboard’s Top Country Song of 2010 with “Love Like Crazy”, the title track to his 2010 debut album; the song spent 56 weeks on the Hot Country Songs chart, peaking at No. 3 and setting a record for the longest run in the chart’s history. His second album, Hard 2 Love, has produced No. 1 singles in “A Woman Like You” “Hard to Love,” and I Drive Your Truck. Besides his own material, he has co-written singles for Garth Brooks, Adam Gregory, Eli Young Band and Tim McGraw. See for more.

That’s When You Know It’s Over

Life off my years

More Than A Memory

When the Whiskey Used to Burn

What Part of Leave Me Alone Do You Not Understand