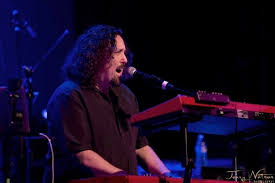 David Nathaniel Kerzner is an American musician, songwriter, producer, and sound designer as well as founder of the sound sampling development company Sonic Reality Inc. Along with Simon Collins, Kerzner is the co-founder of the band Sound of Contact. He is also the co-founder of the band Mantra Vega. His debut solo album, New World, was released in December 2014. During his music career, Kerzner has worked with artists and bands such as Alan Parsons, Genesis, Francis Dunnery, Neil Peart, Keith Emerson, Tom Waits, and Smashing Pumpkins. See for more.