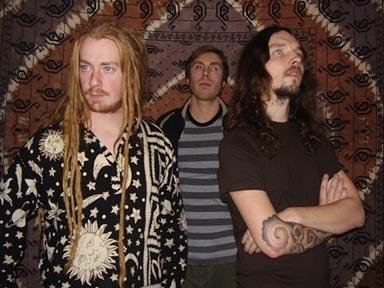 Asteroid are a stoner/Fuzz band from Örebro, Sweden founded in late 2003. They are known for their signature bluesy, psychedelic sound. The band went on hiatus in 2013, but returned in November 2015. The band was formed by Johannes Nilsson on vocals and bass, Robin Hirse on vocals and guitar and Martin Ström on drums in late 2003. This line-up quickly released their 2004 Demo and a self titled EP in 2005 and began to extensively tour Europe. In 2006 the band released a split album with fellow Swedish stoner rock band Blowback, before releasing their first solo album, 2007’s Asteroid. See for more.