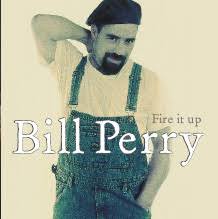 Bill Perry (December 25, 1957 – July 17, 2007) was an American blues musician. The guitarist, songwriter and singer toured throughout the U.S. and Europe. In the 1980s, he was the main guitarist for Richie Havens; he also toured with Garth Hudson and Levon Helm around the same time. William Sanford Perry was born in Goshen, New York, United States. In 1957, he was signed for an unprecedented five-album deal with the Pointblank/Virgin label. The Bill Perry Blues Band consisted of Bill Perry (lead vocals, lead guitar), John Reddan (guitar and vocals), Tim Tindall (bass guitar) and Rob Curtis (drums). See for more.

Going Down To Memphis