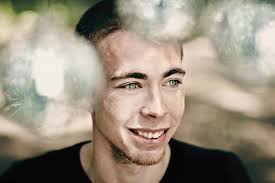 Asaf Avidan (Hebrew: אסף אבידן‎; born March 23, 1980) is an Israeli singer-songwriter. From 2006 to 2011, he was part of the group Asaf Avidan & the Mojos, independently releasing three studio albums. The Reckoning, their debut record, was certified Gold in Israel and became one of the best-selling independent albums there. After disbanding in 2011, a 2012 remix of Asaf Avidan & the Mojos’ single “Reckoning Song” (2008) by German disc jockey Wankelmut — retitled into One Day / Reckoning Song — attained widespread commercial success throughout Europe. It topped the charts in several countries and was certified Gold and Platinum. In 2012, Avidan started a solo career, eventually releasing three studio albums to moderate success in European countries. See for more.

Baby if You Want Me

Ghost of a Thousand Little Lies