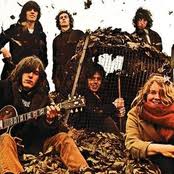 Fotheringay was a short-lived British folk rock group, formed in 1970 by singer Sandy Denny on her departure from Fairport Convention. The band drew its name from her 1968 composition “Fotheringay” about Fotheringhay Castle, in which Mary, Queen of Scots had been imprisoned. The song originally appeared on the 1969 Fairport Convention album, What We Did on Our Holidays, Denny’s first album with that group. There have been live performances by a band formed by three of Fotheringay’s surviving members with other musicians in 2015 and 2016. See for more.

Banks Of The Nile

Too Much Of Nothing

The Ballad Of Ned Kelly

Peace in the End