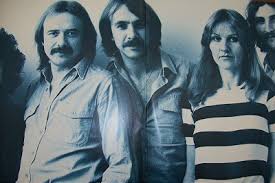 Ruphus was a Norwegian band from the seventies. They played a mix of jazz rock and symphonic rock. In 1970 Kjell Larson and Asle Nilsen met in Oslo at an open air festival. They start writing music and after two years, Ruphus is a fact. In 1973 their first music album follows. The album is released in Norway via Polydor / Polygram; in Germany via Brain Metronome. Germany is under the spell of krautrock and Ruphus’ music fits in well with that. For the rest of the world apparently no contract is concluded, because in the Netherlands we have to do with the German version. See for more.

Pictures Of A Day

The Man Who Started It All

Trapped In A Game