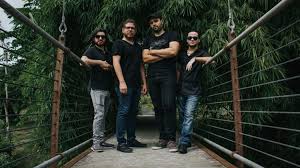 Having started as a one man project, by Christian Ayala, Avandra is a Puerto Rican progressive metal band borne of hurricane fueled strife to become one of the scenes breakout acts. After releasing their first record, Tymora high demand left Ayala feeling obligated to bring his work to the stage. Soon after Hurricane Maria ravaged Puerto Rico, and alone in the dark, Christian wrote most of the second record. Featuring guest spots from current and former members of Haken, Dream Theater and Astronoid, the band unleashed their second album, Descender, in April of 2019. See for more.

The Narrowing of Meaning

Life is Not a Circle, But a Sphere

Beyond the Threshold, Pt. I