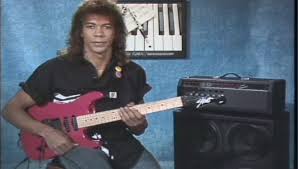 After leaving high school and playing the club circuit around the New Jersey, New York and Pennsylvania areas with his brother Albert (a singer) for most of the 1980s, Greg Howe officially began his solo career after sending a demo tape to Shrapnel Records in 1987, upon which he was immediately signed by founder Mike Varney. His self-titled debut album was released in 1988, during the popular shred era, and went on to become his highest-selling album; a 2009 article in Guitar World magazine ranked it tenth in the all-time top ten list of shred albums. See for more.

Come And Get It