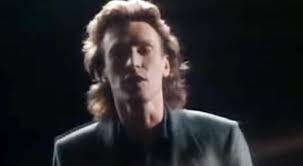 Stephen Lawrence “Steve” Winwood (born 12 May 1948) is an English musician whose genres include rock, blue-eyed soul, rhythm and blues, blues rock, pop rock, and jazz. Though primarily a vocalist and keyboardist, Winwood also plays bass guitar, drums, guitar, mandolin, violin, and other strings. Winwood was a key member of The Spencer Davis Group, Traffic, Blind Faith and Go. He also had a successful solo career with hits including “While You See a Chance”, “Valerie”, “Back in the High Life Again” and two US Billboard Hot 100 number ones: “Higher Love” and “Roll with It”. See for more.

While You See A Chance

Arc Of A Diver

From the old time:
Spencer Davis Group – Gimme Some Lovin’

The Spencer Davis Group – Somebody Help Me