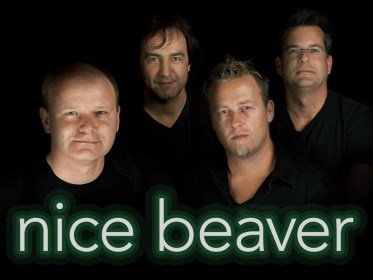 Nice Beaver was formed in 1997 by members from Scotty! and For Cryin’ Out Loud.  The group stems from Papendrecht, a small town near Rotterdam. The name Nice Beaver refers to a joke from the movie Naked Gun, where a game is played with perceptions and expectations. Sometimes things are not what you perceive them to be, and sometimes what you see is what you get. The lyrics play an inportant role. The songs tell no stories, but the words and the music together create an atmosphere or express a feeling. Melancholia, loss and the lack of communication, but also rebellion, optimism and love are recurring themes. See for more.

Where The River Runs

Waiting for the Bell to Toll

The Path to My House

The Time It Takes