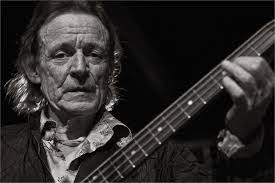 B.L.T. is a 1981 long-playing [LP] vinyl music album by Jack Bruce (formerly of Cream), Robin Trower (formerly of Procol Harum) and Bill Lordan (former drummer of Sly and the Family Stone, the Robin Trower Band and Gypsy).This is the first album to feature Jack Bruce on bass and vocals and the last to feature Bill Lorden on drums. It reached number 37 on the Billboard 200 in May 1981. See for more.

Won’t Let You Down

Once The Bird Has Flown