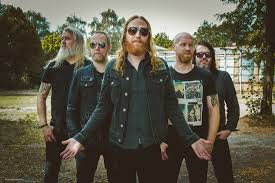 Atoma ( own spelling AtomA ) is a Swedish post-rock band from Stockholm , which was founded in 2011. The band was officially founded in 2011 after the doom metal band Slumber had disbanded. The year before, material for a debut album was recorded within eight weeks in the recording studio The Panic Room under the direction of Thomas “Plec” Johansson . The recordings appeared in 2012 via Napalm Records under the name Skylight .  For 2013, an appearance on which was ProgPower Europe planned, but the group was Dimaeon replaced. See for more.

Hole in the Sky