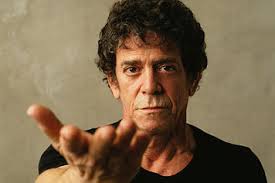 Lewis Allan “Lou” Reed (born March 2, 1942) is an American rock musician, songwriter, and photographer. He is best known as guitarist, vocalist, and principal songwriter of The Velvet Underground, and for his solo career, which has spanned several decades. Though the Velvet Underground were a commercial failure in the late 1960s, the group has gained a considerable cult following in the years since its demise and has gone on to become one of the most widely cited and influential bands of the era. As the Velvet Underground’s principal songwriter, Reed wrote about subjects of personal experience that rarely had been examined so openly in rock and roll, including sexuality and drug culture. See for more.

Walk on the Wild Side