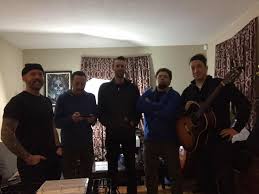 Devil Blues are a blues outfit from Białystok, Poland. The band was co-founded by Sebastian Kozlowski, a very talented guitarist. He plays in Devil Blues with Krzysiek Gorczak (vocal), Kamil Lickiewicz (drums) and Jacek Kaczynski (bass guitar). The band’s music corresponds closely to the modern sound of blues rock. Apart from playing the standards by Stevie Ray Vaughan, Jimmi Hendrix, or BB King they perform many of their own pieces. Year 2006 was extremely successful for the band as it won most competitions they participated in and attained wide recognition of the critics and fans. Their debut album “Democratic session) was also released in 2006. “Twój Blues” magazine’s readers chose the band a “discovery of the year”. See for more.

Come fly with me

Living For The City