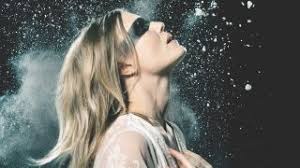 It’s a binding of the otherworldly and the earthy that echoes the the subject matter of many of the tales Amalie Bruun has always paved her own path, challenging underground preconceptions of heavy metal ever since the release of her debut Myrkur EP in 2014. Her first two full-length studio albums, 2015’s M and 2017’s Mareridt, recast black metal in the most personal yet expansive of terms, their blending of Amalie’s Danish folk roots with tempestuous internal struggles breathing new life into a subgenre whose followers can be rigidly possessive. See for more.

Leaves of Yggdrasil in my house