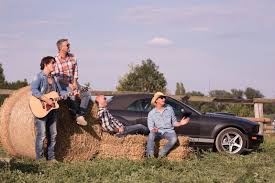 Acoustic Garden is a studio album by American musicians Tingstad and Rumbel, released in August 13, 2002 by Narada Records and recorded in April 2002. It received the Grammy Award for Best New Age Album at the 45th Grammy Awards in 2003. See for more.

Deep In My Soul

Windows On The World