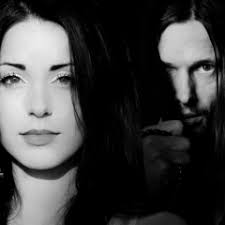 Trees of Eternity was a musical collaboration between Finnish guitarist Juha Raivio (Swallow the Sun) and the late Sweden-based, South African-born singer Aleah Stanbridge. Their music is often described as down-tempo, doom/death-inspired melancholia with angelic female vocals. Trees of Eternity was formed when guitarist Juha Raivio and singer Aleah got together in the studio to work on the song “Lights on the Lake” for the upcoming Swallow the Sun album New Moon. The plan was to feature Aleah’s vocals on part of the song already prepared by Juha, but when they instead began to experiment with a vocal line Aleah had written for the occasion the session quickly headed off in a new direction and the project took on a life of its own. See for more.

Hour of the Nightingale

The Eye of Night