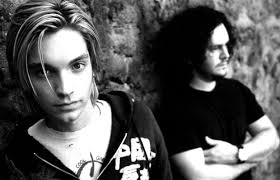 .The Calling is an American rock band from Los Angeles, California, formed in 1996 by lead singer Alex Band and guitarist Aaron Kamin. They are best known for their hit single, “Wherever You Will Go”, which topped the Adult Top 40 for 23 weeks, making it the second longest running number one in the chart’s history and later named the number one song of the decade of 2000s on the Adult Pop Charts by Billboard magazine. Their debut album Camino Palmero was released in July 2001 and was a commercial success. See for more.

Wherever You Will Go

Could It Be Any Harder