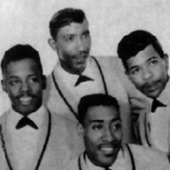 The Artistics were an American R&B vocal group in the 1960s and early 1970s. Their biggest hit was “I’m Gonna Miss You”, recorded in 1966. The group was formed in 1958 at Marshall High School in Chicago, Illinois with a line-up of Curt Thomas (lead), Larry Johnson (first tenor), Jesse Bolian (second tenor; June 8, 1941 – August 24, 1994) and Aaron Floyd (baritone bass). In 1960 Thomas left and was replaced by lead singer Robert Dobyne. The group performed at the 1960 Democratic National Convention, and began singing backup for Major Lance, including on his record “Monkey Time”. See for more.

Girl i need you

I Want You To Make my Life Over

Glad I Met You

What the world needs now is love

Its gonna be alright