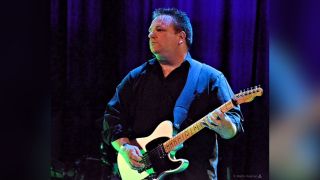 Lee Abraham is a musician, guitarist and producer from southern England. A music fan first, Lee took up guitar and songwriting in his mid teens and played in a number of bands playing both covers and original material throughout his formative years. In 1999 Lee took up recording and song production and started to record his song ideas. With his writing featuring both a classic AOR and progressive rock sound, early releases found a small audience online and with the release of Pictures in the Hall in 2003 a small run of CDs were pressed and soon sold out. See for more.

Tomorrow Will Be Yesterday