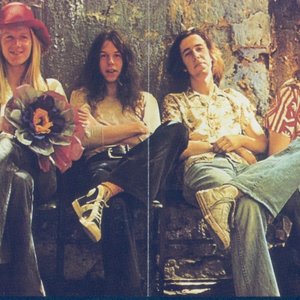 Brainticket is an experimental European krautrock band most active in the early 1970s, and known for its use of exotic instruments and jazz-inspired compositions.The only constant member has been Belgian musician Joel Vandroogenbroeck. The band continued to perform concerts and release albums in the 2000s. Vandroogenbroeck died in 2019. Brainticket was founded by Joel Vandroogenbroeck (born Brussels, 25 August 1938; died 23 December 2019), a Belgian who grew up studying classical piano before switching to jazz. He received the Art Tatum prize as “youngest jazz pianist” at the age of fifteen, and toured around Europe and Africa including performances with the Quincy Jones Orchestra at the World Exhibition in Brussels and the RAI symphony of Rome. See for more.

There’s a Shadow Watching You