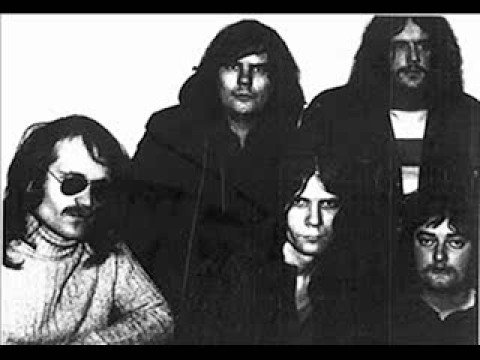 Gravy Train was a progressive rock group from Lancashire, England, formed by vocalist and guitarist Norman Barratt in 1969. Also featuring J.D. Hughes (keyboards, vocals, wind), Les Williams (bass, vocals) and Barry Davenport (drums), the band would record four studio albums. The first two were released on the Vertigo label, the latter two by Dawn Records. Freelance journalist, broadcaster and lecturer John O’Regan wrote that despite recording four albums, Gravy Train’s “success rate did not befit their choice of name”. The term, “Gravy Train”, he commented, was Northern Slang for “an occupation or other source of income that requires little effort while yielding considerable profit”. See for more.

Evening of My Life

Staircase To The Day: Starbright Starlight

a ballad of A peaceful Man

Bring My Life On Back to Me

Going for a Quick One