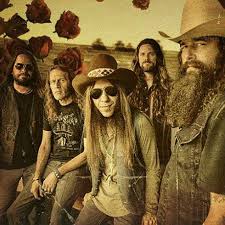 Pigeonholing Blackberry Smoke has never been easy. Since emerging from Atlanta in the early ’00s, the quintet—vocalist/lead guitarist Charlie Starr, guitarist/vocalist Paul Jackson, bassist/vocalist Richard Turner, drummer Brit Turner and keyboardist Brandon Still—has become known for a singular sound indebted to classic rock, blues, country and folk. This fluidity has paid off handsomely, in the form of two Billboard chart-topping country albums, 2015’s Holding All The Roses and 2016’s Like An Arrow. (For good measure, the latter also topped Billboard’s Americana/Folk album chart.) See for more.

Run Away From It All

Ain’t Got the Blues

Ain’t Much Left Of Me