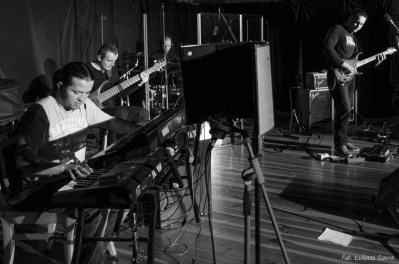 Founded in Klucze, Poland in 2008. MOONRISE is a project band based in Poland, with multi-instrumentalist Kamil KONIECZNIKA as the one and only regular member. Enlisting the aid of vocalist Lukasz Gall (from Polish band MILLENIUM), debut album “The Lights of a Distant Bay” was recorded in 2007 and released in 2008. The style of MOONRISE is a blend of influences from bands like Genesis, Marillion and IQ with melodic AOR, producing atmospheric Neo Progressive rock that flows gently from start to end but in some tracks Lukasz also presents us a harder edge with some almost metalic touches, don’t expect radical changes but the excellent guitar work and lush keyboards make of their debut album an interesting experience. See for more.

Help Me I Can’t Help Myself

The Lights Of A Distant Bay