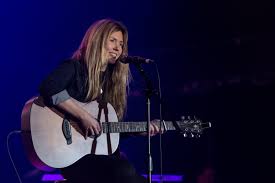 Beatie Wolfe is an award-winning, pioneering singer-songwriter known for “seeing music differently” and creating new tangible formats for albums in the digital era. These musical innovations, which include a Space Broadcast via the Holmdel Horn Antenna and the world’s first live 360 AR stream], have gained Wolfe critical acclaim with the Victoria and Albert Museum inviting Wolfe to exhibit her ‘world first’ album designs in a solo exhibition; the Barbican Centre commissioning a documentary on Wolfe’s work; Wired (magazine) featuring Wolfe as one of 22 changing the world and UN Women selecting Wolfe as one of nine innovators for a global campaign for International Women’s Day. See for more.