Titus Wolfe grew up in Frankfurt aM. 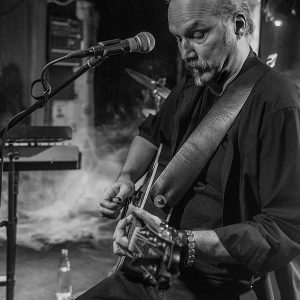 He received his first guitar lessons at the age of eight, and at eleven he was already taking part in talent competitions. Inspired by the American singer and songwriters of the 1970s, he wrote his first songs as a young teenager. Already in his early twenties Titus began to draw attention to himself as a singer and electric guitarist in the Frankfurt club scene, he toured with bands of various genres first regionally then nationally through clubs and at festivals, began his studio activity as a guitarist and was involved in several music productions involved. See for more.

You’ll Be All Right

Guru For A Dime

Your Name In The Clouds