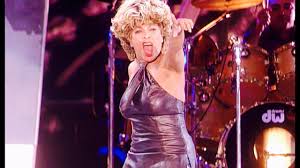 Anna Mae Bullock (born November 26, 1939) better known by her stage name Tina Turner, is a Swiss singer, dancer and actress of American origin, whose career has spanned more than half a century, earning her widespread recognition and numerous awards. She is considered the “Queen of Rock”. Turner started out her music career in the mid-1950s as a featured singer with Ike Turner’s Kings of Rhythm, first recording in 1958 under the name Little Ann with the song, “Box Top”. See for more.

What’s Love Got To Do With It

We Don’t Need Another Hero

I Don’t Wanna Lose You

When The Heartache Is Over