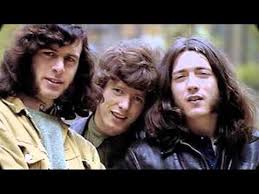 Taste (originally “The Taste”) was formed in Cork, Ireland, in August 1966 as a trio consisting of Rory Gallagher on guitars and vocals, Eric Kitteringham on bass, and Norman Damery on drums. In their early years Taste toured in Hamburg and Ireland before becoming regulars at Maritime Hotel, an R&B club in Belfast, Northern Ireland. In 1968 Taste began performing in the UK where the original lineup split up.  See for more.

Blister On The Moon

Gambling Blues – Live At The Isle Of Wight Festival / 1970

Born On The Wrong Side Of Time

If the day was any longer