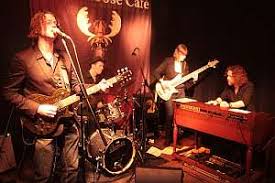 John F. Klaver is a Dutch guitarist, singer, composer and music teacher. He began playing the guitar at the age of eleven, inspired by Gary Moore, Robben Ford and Jimi Hendrix. After graduating for his VWO-diploma, he decided to study in America. There he attended Stagg Highschool as a ‘senior’ and took private guitar lessons as well as music theory classes at the University of the Pacific.  Back in the Netherlands, he was admitted to the conservatory of Amsterdam and received lessons from Jesse van Ruller, Martijn van Iterson and Eef Albers. In 2007 he started his own formation, the John F. Klaver Trio, that would later become the John F. Klaver Band.  See for more.

Get Out Of My Life Woman

You Make Me Feel So Alive