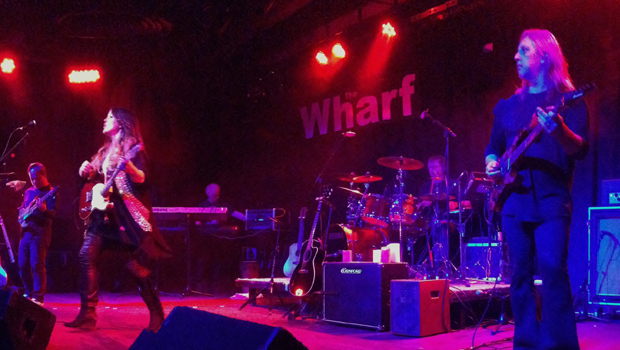 Panic Room is a Welsh progressive rock band founded by former Karnataka members Paul Davies, Jonathan Edwards, Gavin Griffiths, and Anne-Marie Helder; along with bassist Alun Vaughan, in 2006. Panic Room released their debut album Visionary Position in early 2008. In August 2009, it was announced that pre-orders were being taken for their upcoming second studio album Satellite. A UK tour followed through September, October and November 2009 supporting the upcoming release of Satellite. The pre-release version was released in December 2009 with the retail copy released in early 2010. The album was available in a single disc version and also as a special edition with an extra disc entitled ‘Little Satellite‘ containing 4 extra songs recorded at the Satellite sessions. See for more.