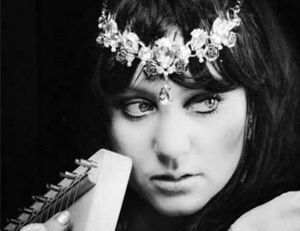 Linda Perhacs (born 1943) is an American psychedelic folk singer, who released her first album, Parallelograms, in 1970 to scant notice or sales. The album was rediscovered by record enthusiasts and reissued numerous times beginning in 1998, growing in popularity with the rise of the New Weird America movement and the Internet. In 2014, she released a second album titled The Soul of All Natural Things. Perhacs was born Linda Arnold in 1943 in Mill Valley, California. In the late 1960s, Perhacs relocated to Topanga Canyon, and was working as a dental hygienist in Beverly Hills, California under a former professor she had met while a student at the University of Southern California.  See for more.

Call Of The River

The Soul of All Natural Things

If You Were My Man