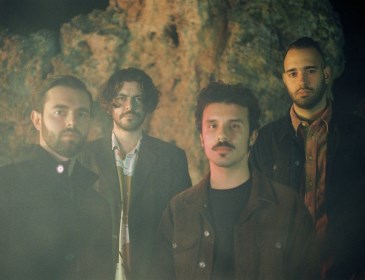 Naxatras are from Thessaloniki, Greece and play a warm psychedelia full of fat grooves, dreamy melodies, heavy riffs and trippy guitar solos all with the vintage touch of the 70’s. They have been playing since 2012, developing their sound and finally recorded their first full-length album in a 100% analog way at Magnetic Fidelity (a studio in rural northern Greece) with Jesus Agnew, an engineer experienced in the field of analog and DIY recordings. Only analog equipment was used in the recording-mixing-mastering stages of the album. All the songs in the record were performed entirely live during just one day. In 2016 they released their second full length album “II” as well as an EP, once more fully analog and live. See for more.

I am the Beyonder

You Won’t Be Left Alone

On the Silver Line

All The Stars Collide Into a Single Ray