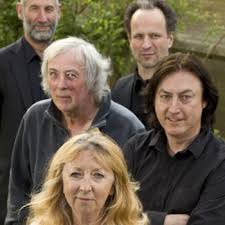 Pentangle (or The Pentangle) are a British folk-jazz band with an eclectic mix of folk, jazz, blues and folk rock influences. The original band was active in the late 1960s and early 1970s, and a later version has been active since the early 1980s. The original line-up, which was unchanged throughout the band’s first incarnation (1967–1973), was: Jacqui McShee (vocals); John Renbourn (vocals and guitar); Bert Jansch (vocals and guitar); Danny Thompson (double bass); and Terry Cox (drums). See for more.

No Love Is Sorrow

People On The Highway

The Time Has Come