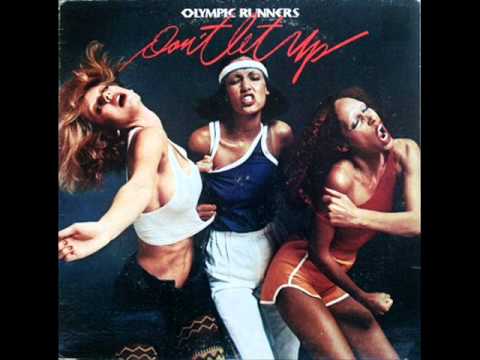 The Olympic Runners were a 1970s British funk band, put together by record producer Mike Vernon who also played percussion, and fronted by singer George Chandler. They also included multi-instrumentalist Pete Wingfield, and had a number of hit singles in both the US and UK. In 1973, Mike Vernon, a British record producer and founder of Blue Horizon, put together a group of session musicians to play on an album with blues musician Jimmy Dawkins, to be recorded at Olympic Studios in London. The musicians included keyboard player and vocalist Pete Wingfield, singer George Chandler, guitarist Joe Jammer, bassist DeLisle Harper, and drummer Glen LeFleur, of whom Chandler, Harper and LeFleur were also members of jazz-funk band Gonzalez. See for more.

Put The Music Where Your Mouth Is

Get It While You Can