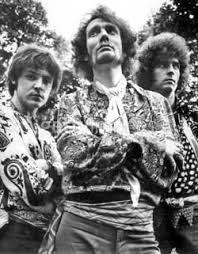 Cream were a British rock band formed in London in 1966. The group consisted of lead vocalist/bassist Jack Bruce, guitarist/vocalist Eric Clapton and drummer Ginger Baker. The group’s third album, Wheels of Fire (1968), is the world’s first platinum-selling double album. The band is widely regarded as the world’s first successful supergroup. In their career, they sold more than 15 million records worldwide. Their music included songs based on traditional blues such as “Crossroads” and “Spoonful”, and modern blues such as “Born Under a Bad Sign”, as well as more current material such as “Strange Brew”, “Tales of Brave Ulysses” and “Toad”. See for more.