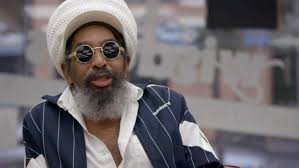 Donat Roy Mittoo (3 March 1948 – 16 December 1990), better known as Jackie Mittoo, was a Jamaican-Canadian keyboardist, songwriter and musical director. He was a member of The Skatalites and musical director of the Studio One record label. Upon hearing of Mittoo’s death, Coxsone Dodd commented “He was an ambassador of our music worldwide… there can be no doubt. Read the legacy this young man has left behind. May his name be remembered and his music live on. Mittoo was born in Brown’s Town, Saint Ann Parish, Jamaica, and began learning to play the piano when he was three under the tutelage of his grandmother. See for more.

& The Soul Vendors – Something Stupid