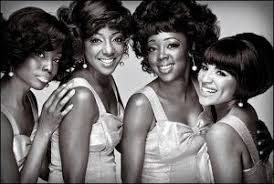 The Shirelles were an American girl group notable for their rhythm and blues, doo-wop and soul music and gaining popularity in the early 1960s. They consisted of schoolmates Shirley Owens (later Shirley Alston Reeves), Doris Coley (later Doris Kenner-Jackson), Addie “Micki” Harris (later Addie Harris McFadden), and Beverly Lee. Founded in 1957 for a talent show at their high school, they were signed by Florence Greenberg of Tiara Records. Their first single, “I Met Him on a Sunday”, was released by Tiara and licensed by Decca Records in 1958. See for more.

Will You Still Tomorrow

Dedicated to the one I love

the things i want to hear