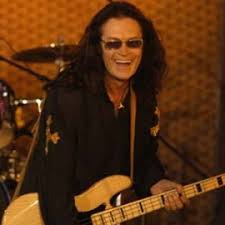 Glenn Hughes is an English rock bassist and vocalist, best known for playing bass and performing vocals for funk rock pioneers Trapeze, the Mk. III and IV line-ups of Deep Purple, as well as briefly fronting Black Sabbath in the mid-1980s. Hughes is also known by fans as “The Voice of Rock” due to his soulful and wide-ranging singing voice. In addition to being an active session musician, Hughes also maintains a notable solo career. He currently fronts the supergroups Black Country Communion and The Dead Daisies and fronted California Breed from 2013 to 2015. See for more.