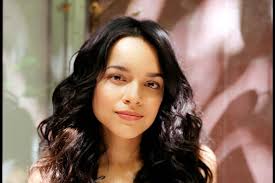 Norah Jones, full name Geetali Norah Jones Shankar (New York City, March 30, 1979), is an American jazz singer. Jones is a daughter of the Indian sitar player Ravi Shankar and Sue Jones. She is a half-sister of musician Anoushka Shankar, born from the second marriage of her father Shankar. Jones spent her childhood with her mother, who moved to Dallas, Texas, when she was four years old. See for more.

Come Away With Me

The nearness of you