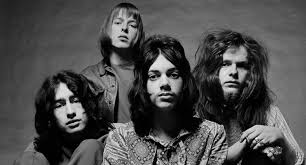 Free was an English rock band formed in London in 1968 best known for their 1970 signature song “All Right Now”. They disbanded in 1973 and lead singer Paul Rodgers went on to become a frontman of the band Bad Company along with Simon Kirke on drums; lead guitarist Paul Kossoff formed Back Street Crawler and died from a drug-induced heart failure at the age of 25 in 1976. Bassist Andy Fraser formed Sharks. The band was famed for its sensational live shows and nonstop touring. However, early studio albums did not sell very well – until the release of Fire and Water which featured the massive hit “All Right Now”. See for more.

Walk In My Shadow