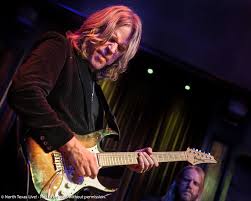 Andy Timmons (born July 26, 1963) is an American guitarist who has played in the bands Danger Danger, Pawn Kings, and Andy Timmons Band (ATB). He has also released several solo albums and has worked as a session guitarist. He has released two CDs on Favored Nations, the first being That Was Then, This Is Now and Resolution on May 2, 2006. Resolution is actually listed as being recorded by Andy Timmons Band and features Mike Daane on bass and Mitch Marine on drums. See for more.

Down To The Wire

Headed For The Ditch